The Yachtsman's Pilot to Skye and Northwest Scotland 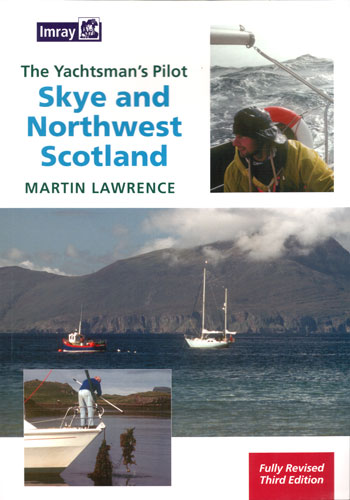 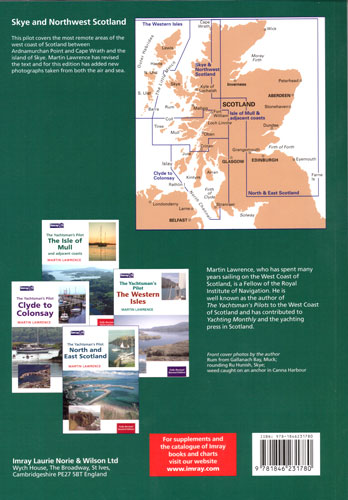 This pilot covers the most remote areas of the west coast of Scotland between Ardnamurchan Point and Cape Wrath and the Island of Skye. Martin Lawrence has completely revised the text and for this edition has added new photographs taken from both the air and sea. The use of full colour throughout the work brings a clarity to the photographs and harbour plans. New photographs have been added to support changes to the text and plans in this 3rd edition.
Martin Lawrence has spent many years sailing on the West Coast of Scotland and is a Fellow of the Royal Institute of Navigation. He is well known as the author of the Yachtsman's Pilot series.
"An excellent example of how text, charts and photos can be made to work together to enhance the information available to the navigator. It is also further evidence that this publisher is far ahead of its rivals in presentation of information for the yachtsman". - CT, Yachting Monthly
"Yachtsman's Pilot to Skye and NW Scotland is a revelation in clarity. The layout is excellent with line drawings and chartlets on the same page and often with a photograph making it useful to have on deck when eyeballing. This book is an essential item on any boat ruising north of Ardnamurchan Point". - Cruising Association Bulletin