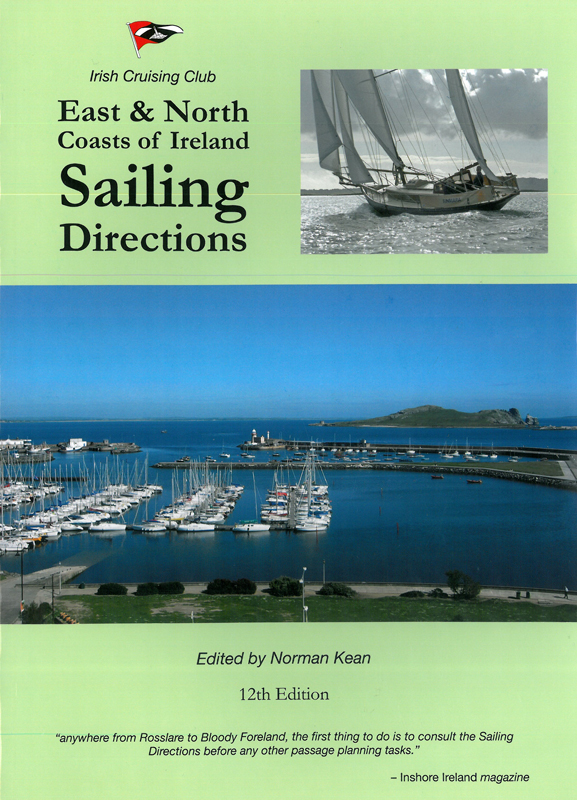 Издание на английском языке.
On its establishment in 1929, the Irish Cruising Club began collating and producing sailing directions for this area. They started modestly in Roneo form in 1930, covering just the near parts of the East Coast. Then in 1946 they became a small book, describing the coast between Carnlough and Rosslare. Finally, 1956 brought the quantum leap, a proper book covering - albeit rather sparsely in some places - the entire coastline from Carnsore Point to Bloody Foreland.
I can vividly remember that little book, acquiring a copy just as soon as it was published. It became the ship's library as we made schoolboy cruises in a 14ft Ballyholme Insect sailing dinghy in Belfast Lough. And when in 1957 we took our small boat on a river and lake cruise from Portadown in County Armagh down the Bann and around the shores of Lough Neagh, that book came along in the hope that there would be a relenting in the parental diktat that we go no further to sea than Coleraine on the estuary of the river.
But Coleraine was where it stopped. Yet within three years, we were making cruises in bigger yachts, and using the ICC Sailing Directions for real. Over the years, they have been good shipmates, and we have done our best to make some input as new editions are being put together, while being in awe of the voluntary editors, compilers, land, sea and aerial photographers and others, who have been at the sharp end of producing these essential books in ever more detailed form as harbours and facilities improve.
Yet while the ICC has always relied on its members and many others all round the coast to supply information, in the end everything has to be funnelled through a single channel. The club has been fortunate in recent years in having the combined efforts of Norman Kean and Geraldine Hennigan to provide a lively intelligence for the analysis and collation of information, strengthened by the fact that they regularly cruise the area themselves, and for many years were based in Derry and Donegal.
Thus the ICC's Sailing Directions have the character of an entertaining, informative, knowledgeable and helpful shipmate. Thanks to this impressive new edition, the visiting cruising enthusiast now has every opportunity for an enhanced experience in visiting two cruising coasts whose special qualities are finally receiving the recognition they deserve. I salute the team who have produced it, and leave you with some little thoughts to change what may be entrenched perceptions of the East Coast in particular.
On average, this coast has less of Ireland's renowned rainfall. Sometimes quite a lot less. And as for unspoilt nature in the wild, I'm writing this at a workstation in an east coast port, and within a mile of me is the world's second newest gannetry, established in 1989. The newest gannetry, very much an addition of the 21st Century, is an offshoot of it, and just seven miles beyond, on another island. And seven miles beyond that again is a rocky islet, home to Europe's largest nesting site for the rare roseate tern. Meanwhile, come summer the large and varied fleet in the harbour here will include a lively class of classically gaff-rigged boats which have been going strong since their establishment 116 years ago. And all this right in the midst of our little old East Coast.