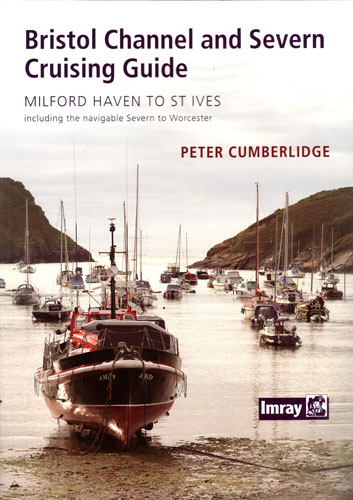 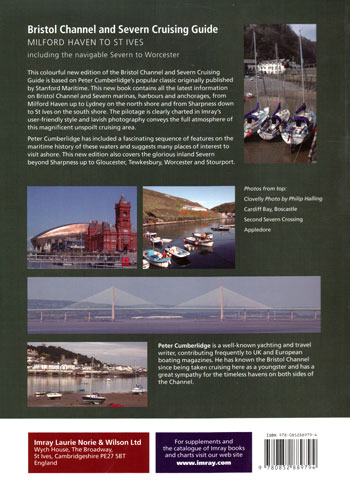 The first edition of this book, then called Bristol Channel and Severn Pilot, was published in 1988 by Stanford Maritime Ltd, at that time a well-known nautical book publisher but long since absorbed into larger groups. This compact hardback book was illustrated with hand-drawn charts and black-and-white photographs mostly taken on real black-and-white film. To some extent these pictures reflected, not just the style of publishing at that time, but also the style of Bristol Channel cruising, which was then relatively austere and unadorned. Marinas were few and far between and nights at anchor were usually quite hardy, with frequent dinghy trips ashore for jerry cans of water and much drying out in soft mud.

In 1988, Milford Haven's Neyland Marina was in place, but the town docks were still very much docks into which yachts rarely penetrated. Swansea Yacht Haven was well established, but the Cardiff Barrage was just an ambitious concept and Penarth Marina had only recently opened in the old coaling dock.

Portishead Marina didn't exist, although Bristol Marina was a familiar part of the scene in the Floating Harbour. Further down the Somerset coast, Watchet was a coaster port where a few small local yachts dried out in a somewhat bleak corner of the harbour. Now Portishead's large marina is a major up-Channel base for cruising boats and Watchet Marina has established a reputation as a charming place to visit on a weekend cruise.

Further down the south side of the Channel not much has changed along the Devon and Cornish coasts. At the time of writing, in the spring of 2008, Ilfracombe still had no marina, but plans in that direction seem more focused than in the past. Because of Ilfracombe's strategic position for passage-making, it would probably be beneficial for Bristol Channel cruising if there were a marina here, although part of me rather approves of traditional harbours like this staying much the same over the years. In 1988 Padstow was a drying harbour and at low water visiting boats settled alongside one of the quays. Now its picturesque locked basin is a popular port of call for cruising visitors from all around the Channel.

In a way you could say that the coasts of the Bristol Channel and Severn estuary have been 'marina-ised' to just the right degree, with enough new facilities to attract more boats and create more convenient stopping places, and yet not so many as to risk spoiling the special character of this unique area.

Cruising in the Bristol Channel

Newport and the River Usk

Uphill and the River Axe

Burnham-on-Sea and the River Parrett

Padstow and the River Camel