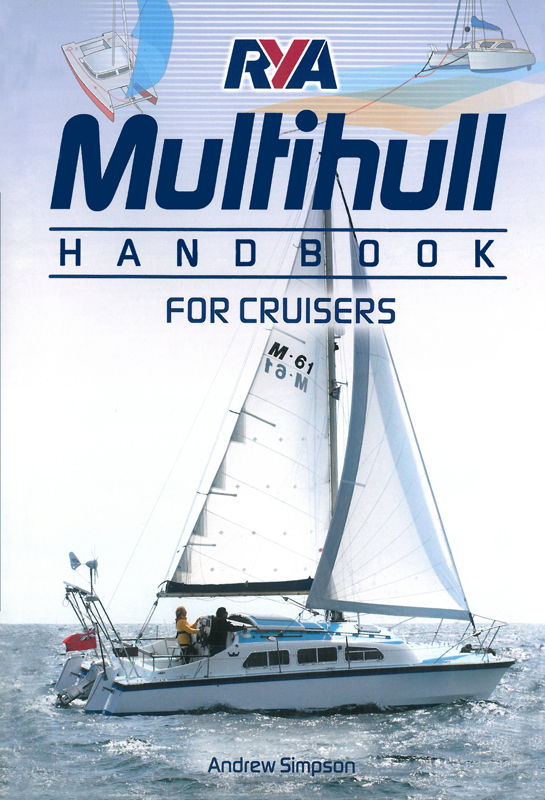 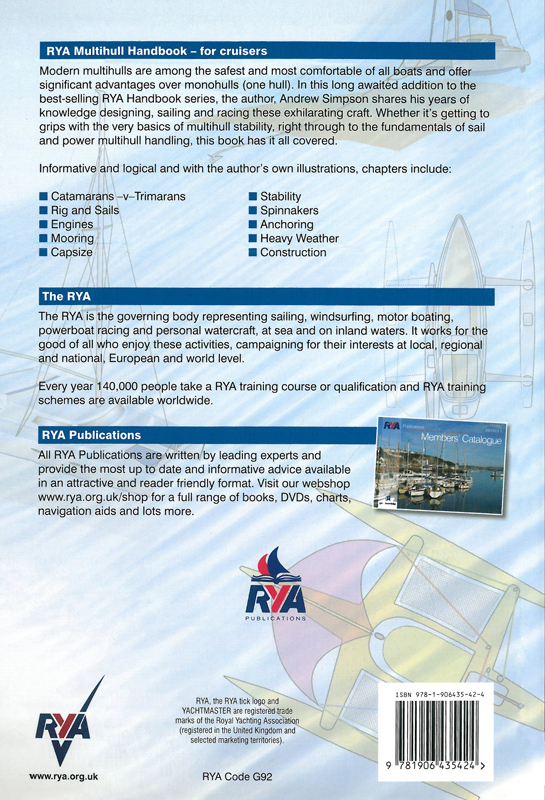 Издание на английском языке.
Multihulls have come a long way since the sailors of the Indian and South Pacific Oceans came up with the cunning concept of lashing two canoes together in order to form a more stable platform on which to sail. If there is one common thread throughout the history of multihull sailing, however, it is that it has always been a lot of fun.
It is also fair to say that they have a fairly unique set of handling characteristics which you need to get your head around before you can fully enjoy these boats and the RYA Multihull Handbook is an excellent starting point for anyone wanting to get involved in this exhilarating form of the sport of sailing.
I myself have long been a convert to the benefits of two hulls as opposed to one, having owned a cruising cat for many years. I would have to say that I found Andrew Simpson's clear and concise guide a very useful and illuminating handbook.
Whether it's getting to grips with the very basics of multihull stability, right through to the fundamentals of handling a multihull under power or sail, this book has it covered. It is also really nice to read a book which tackles some of the skills that many of us cat sailors have had to learn through the old methods of trial and error and scratches and scrapes - I'm talking close quarters boat handling here.
On a more serious note, the pointers on handling a multihull in heavy weather and coping with capsize and man overboard are absolutely invaluable and mean that this authoritative text is an absolute must for any multihull sailor who is serious about heading offshore.
Enjoy this book and, in the meantime, I wish you fair winds and fast passages.