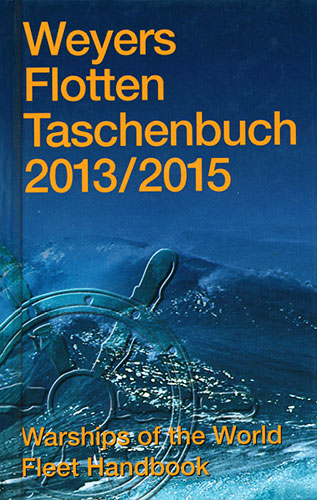 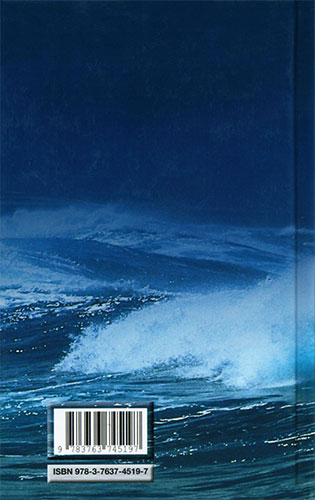 Книга на двух языках - немецком и английском
The 68th edition of the Weyers Flottentaschenbuch provides an extensive overview of the Navies of the world. The spectrum covers aircraft carriers to armed zodiacs. The selection of drawings has been extensively updated with most photographs exchanged and many added. The latest additions date from the middle of November 2013.
Since the last edition five years have passed by, while global political events and especially the world financial crises also took hold of the naval sector. International terrorism and piracy near the coasts of Somalia, Nigeria, and the Strait of Malacca demand expensive protective measures, which challenge the respective nations involved with regard to personnel and material, having a strong influence on the financial margins of the Navies involved. NATO countries had to reduce their defence spending, resulting in a reduction in building programmes, early decommissioning, and the search for cost saving alternatives.
The protection of economic interests offshore and the exclusive economic zone (EEZ) does not require expensive combat vessels, but simple, cost-effective and robust ships that also take care of the scarcity of human resources. The importance of the coast guards, as a means of crises management, is proven nearly daily in areas of conflict in the South China Sea and the waters between Japan and China. However, as a backbone for these coast guards, the Navies in this conflict zone modernise and increase their respective fleets. The Navy of the People’s Republic of China has developed into a regional power in recent years, confronting the Navies of the United States, Japan, and, amongst others, Vietnam in their respective areas of interests. The step to global ambitions is not far.
Major projects like, i.e., the construction of aircraft carriers in the United States or the United Kingdom are, for various reasons, either delayed or in danger of being cancelled. France has currently stopped building a second carrier; Russia has delayed the building of a successor to the KUZNETSOV into the timeframe after 2020; and only China plans a carrier programme in the coming years. For some European countries the construction and export of warships are the only possibility to keep national shipbuilding resources alive. However, some countries in East Asia, especially China, are moving into This international market, offering cost-effective ships up to frigate size to customers in Africa and South East Asia.
The decommissioning of whole classes of ships and/or a drastic reduction in numbers, plus the creation of a unified Chinese Coast Guard in July 2013, has proven to be an editorial challenge, while compiling this book.