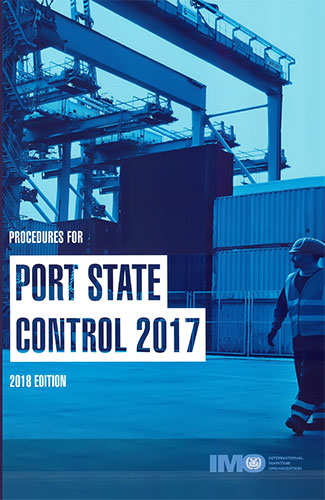 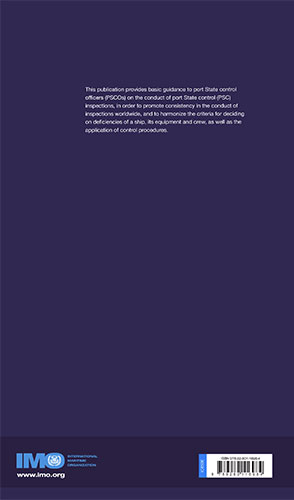 Издание на английском языке
The International Maritime Organization (IMO) has always acknowledged that effective implementation and enforcement of the global maritime standards contained in its conventions are primarily the responsibility of flag States.
Nevertheless, the Organization has simultaneously recognized that the exercise of the right to carry out port State control (PSC), as provided for in relevant international conventions, also makes an important contribution to ensuring that global maritime standards are being implemented consistently on ships of varying nationalities. PSC involves the inspection of foreign ships in national port areas to verify that the condition and operation of a ship and its equipment comply with the requirements of international regulations.
The IMO Sub-Committee on Implementation of IMO Instruments (III), recognizing the need tor a single comprehensive document to facilitate the work of maritime Administrations in general and PSC inspectors in particular, reviewed and amalgamated existing resolutions and documents on PSC.
This resulted in the adoption of resolution A.1119(30) by the IMO Assembly, on 30 November 2017, which contains, as an annex, the Procedures for port State control, 2017, and revokes resolutions A.1052(27). The Assembly requested the Maritime Safety Committee and the Marine Environment Protection Committee to keep the Procedures under review and to amend them as necessary.
The resolution provides basic guidance to port State control officers (PSCOs) on the conduct of PSC inspections, in order to promote consistency in the conduct of inspections worldwide, and to harmonize the criteria for deciding on deficiencies of a ship, its equipment and the crew, as well as the application of control procedures. In particular, the resolution A.1119(30) contains the Guidelines for port State control officers on the ISM Code (appendix 8), which provide guidance to PSCOs for the harmonized application of related technical or operational deficiencies found in relation to the ISM Code during a PSC inspection and the Guidelines for PSCOs on certification of seafarers, manning and hours of rest (appendix 11), which are intended to provide guidance for a harmonized approach of PSC inspections in compliance with SOLAS regulations V/14 (manning) and I/2 (seafarer certification) and chapter VIII (hours of rest) of the STCW Convention, as amended.
The Organization cooperates with PSC regimes within the framework of resolution А.682(17) on Regional co-operation in the control of ships and discharges. Furthermore, the United Nations General Assembly invited IMO to strengthen its functions with regard to PSC in relation to safety and pollution standards as well as maritime security regulations and, in collaboration with the International Labour Organization, labour standards, so as to promote the implementation of globally agreed minimum standards by all States (resolution 58/240).