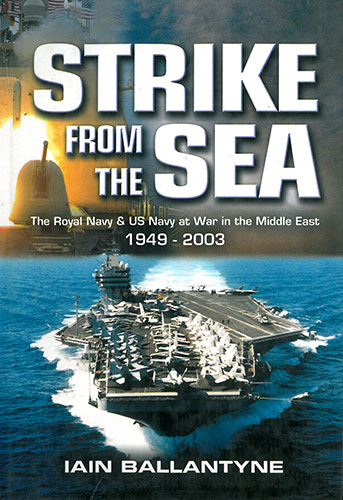 Издание на английском языке
In addition to providing a chronicle, and allowing those who were there to speak, this book seeks to explain in simple terms the reasons behind the deployment of British and American navies "East of Suez" in the post-Second World War period.
It is a broad canvas, and it will be clear that naval forces - aircraft carriers in particular - have been decisive throughout the decades, especially as the Gulf region is often politically, and frequently culturally, hostile to the presence of large numbers of Western troops on the ground.
The British and American fleets have been at the forefront of upholding the rule of international law with respect to Weapons of Mass Destruction programmes, in the vanguard of liberating two oppressed nations from a brutal dictatorship (Kuwait and Iraq) as well as leading the way in safeguarding the flow of vital oil supplies to the world economy, when threatened by the Ayatollahs in the 1980s and Saddam Hussein between 1990 and 2003. The roots of the Iraq War, the Gulf War and the Tanker War reach back to the confrontations between the Anglo-American axis and other strongmen of the Middle East - Iran's Mossadegh, Egypt's Nasser, Iraq's Qasim and Libya's Gaddafi - who quite rightly sought freedom from Western interference, but too often miscalculated and, with the exception of Mossadegh, chose to pursue their aims via terrorism and the bullying of brother Arab states. They have been included here because they were the precursors of Saddam and also Osama bin Laden. Like some of the men who inspired them, the Iraqi dictator and the Al-Qaeda leader sent their agents of destruction to strike on the high seas, with British and American fleets often in the firing line.
Aside from being an investigation of the roots of conflict, this book also represents the culmination of a personal odyssey.
As a journalist working for an evening newspaper and, lately, as the editor of an international naval affairs magazine, a good deal of my time since the summer of 1990 has been spent writing about the confrontation between the West and Iraq.
The carrier USS Dwight D. Eisenhower (background) and frigate HMS Cumberland in the northern Gulf, late 1990s, us Navy.

Contents
Glossary
Acknowledgements
Introduction
Maps
Prologue - if not gaddafi, then who?
1. ...The harder they fall
2. Putting down the burden
3. The pressure cooker
4. Arabian blitzkrieg
5. Moving in harm's way
6. Apocalypse then
7. Keeping saddam caged
8. No tougher fight
9. Into the gathering storm
10. Kicking down the door
Epilogue - war without end
Appendices
Notes
Bibliography
Index